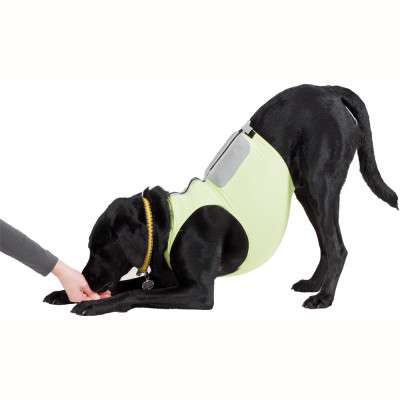 3-D printing to the rescue of gastronomy for frail seniors

Researchers are now developing personalised food for elderly people with chewing or swallowing problems, by working on printable versions of meat and vegetables

In Europe, the population is ageing. In 2010, about 17% of the population were 65 or older. This number is projected to increase to 30% of the population by 2060. New services are already available to meet their needs. These range from technologies enabling elderly people to live independently to medications, or even diets, adapted to this age group. As part of the EU-funded project PERFORMANCE, due to be completed in 2015, a research consortium is now developing an industrial process for producing personalised food for frail, elderly people, to improve their quality of life.

The trouble is that old people are susceptible to malnutrition. This is particularly true for those having problems to chew or to swallow. In nursing homes, about one fifth of the residents need a special diet, says Matthias Kück, project coordinator and CEO of a food company called Biozoon. “These people often receive unattractive, porridge-like food, seven days a week,” Kück says. But “meals are socially important for elderly people,” he adds. The project partners therefore want to prepare “food in such a way, that these people are able to eat safely and even enjoy their meals,” he says. The consortium also works on other aspects of the food supply chain such as packaging and delivery.

A number of residential homes for the elderly in Germany already apply the so-called smooth food concept. “Large industrial food producers mainly use egg or starch to solidify their strained food. But this food all tastes the same,” Kück says. To keep the meal tasty and visually appealing, the researchers apply a heat-stable, plant-based solidifying agent. The chef can reshape this smoothened food with the help of silicon moulds. However, “this approach is not suitable for large canteens or catering services,” Kück points out. “We therefore apply 3D printing technology to industrialise the manufacturing process,” explains Sandra Forstner, project manager at Biozoon.

3D printing offers various advantages, according to Forstner. Printing the food layer by layer allows creating various forms. Moreover, the manufacturers can enrich the meals with proteins, vitamins or certain minerals. “Thus, we can personalise the food, for example in terms of caloric content or serving size to avoid malnutrition,” Forstner says. Currently, the project researchers are trying to find out how to make different types of food such as meat or vegetables printable. A prototype of the food printer shall be available at the end of the project. There will also be studies in two nursing homes to test whether elderly people find such food acceptable.

An expert agrees that the growing number of frail elderly needs a specialised diet. “The issue of nutrition is crucial and malnutrition is a large problem,” says Giovanni Lamura, senior researcher at the National Institute of Health and Science on Aging in Ancona,

http://cnet.co/1vl3dGe There’s a whole new crop of fitness trackers just in time for the holiday shopping season, including gear for kids and pets. Before you invest in one, there are a few…

Fun. Wearable. Fitness. Walk or run – Whatever your dog does, the gravity enhanced K9FITvest was designed to do it too! Allows natural freedom of movement, while also being conscious of canine anatomy. Simply wear K9FITvest to integrate the benefits of resistance training and body awareness with your dog’s activities. Turn an evening stroll (or your stairs) into a calorie-burning Power Walk aimed at improving muscle strength and endurance. The K9FITvest provides a low-level therapeutic approach to resistance training. This approach helps to direct progressive strengthening of a dog’s body from the inside out for companion pets and athletes. By following the K9FITvest program and its K9 Fitness Level Scoring System you can gradually increase the intensity of your dog’s activities and fitness levels. Additionally, the combination of strategically placed weights and 4-way breathable compression properties of the vest act as a second layer of skin hugging the body to help reduce anxiety and improve focus and movement during training. K9FITvest Provides: FITNESS: Integrate Resistance Training with your Dog’s Activities to Help Boost Cardio, Muscular Strength and Endurance SENSORY INTEGRATION: Compression Fabric and Low-Level Resistance Can Help to Reduce Anxiety by Providing Gentle Assurance SAFETY: High Visibility Reflective Material Ensures Your Dog Is Seen In Low-Light Situations Level 1 Starter Kit Includes: Vest, Exercise Program and Starter Weights. Vest can be used with Level 2 weights. Sizing Information: The following guidelines were created to help you get the best fit for your dog. Admittedly there may be some dogs that fall into a different size based on their individual build. The K9FITvest is designed to fit snug like a glove to your dogs body. If your dog’s measurements fall between sizes, please choose the size smaller. Girth is measured by using a string or soft measuring tape justbehind the do

Eating For A Healthy Life