Shutting off blood supply to extremity to protect heart

In a study just published in the International Journal of Cardiology, researchers from the K.G. Jebsen Center for Exercise in Medicine — Cardiac Exercise Research Group (CERG) at the Norwegian University of Science and Technology (NTNU) and the Department of Cardiothoracic Surgery at the St. Olavs Hospital in Trondheim, Norway have shown that shutting off the blood supply to an arm or leg before cardiac surgery protects the heart during the operation.

The research group wanted to see how the muscle of the left chamber of the heart was affected by a technique, called RIPC (remote ischemic preconditioning), during cardiac surgery.

RIPC works by shutting off the blood supply to an arm or a leg before heart surgery. The goal is to reduce risk during cardiac surgery in the future. The technique is not new, but its effects have never before been tested directly on the left chamber of the heart.

“During heart surgery we have to stop the blood supply to the heart to be able to operate on it. After some time without fresh blood, the heart will reduce its ability to produce energy because it doesn’t get oxygen. When we shut off the bloodflow to another large muscle, such as an arm or a leg, the body prepares for an upcoming challenge by mobilizing its defense system,” says the first author of the study, Katrine Hordnes Slagsvold, a PhD candidate at NTNU and medical doctor at St. Olavs Hospital.

The researchers investigated cardiac tissue from 60 patients who had coronary bypass surgery at St. Olavs Hospital in Trondheim. The patients were randomized to either undergo RIPC, or to a control group. Patients who were treated with RIPC underwent brief periods without blood supply to the arm before surgery, by inflating a blood pressure cuff for five minutes three times.

“The heart muscle of the patients who had restricted blood flow to their arm before surgery were able to maintain the same level of energy production during the whole operation, while heart muscle from the other patients’ hearts was not. This may be important because heart tissue is dependent on energy to survive, as well as to repair injuries the cells may have endured during surgery,” Slagsvold says.

The researchers also found that a protein called Akt was activated after RIPC, and believe that activation of this protein may be key in inducing the protective effect on the heart.

The above story is based on materials provided by The Norwegian University of Science and Technology (NTNU). Note: Materials may be edited for content and length.

http://www.drserene.com Dr Serene Lim is an Australian Cosmetic and Complementary GP who specialises in natural rejuvenation. She is a TV presenter and Media…

The All Living Things Beak Tweak Sponge & Coconut is made with various natural materials and textures birds love. They will have a blast chewing, shredding and crunching their way to healthy exercise & fun playtime! Features: Helps prevent birdie boredom and stimulates their natural instincts as birds “work” play – this is a toy & treat in one Includes: 1 – Beak Tweak Sponge & Coconut Intended For: Birds Activity: Foraging Pet Size: Small & Medium Color: Cream and brown Caution: Unsupervised use may result in entrapment or injury. Contains small parts. Keep out of reach of children. 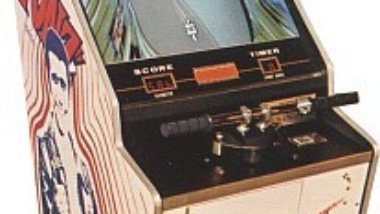