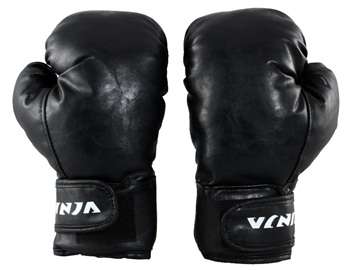 Patient one had two years of progressive memory loss. She was considering quitting her job, which involved analyzing data and writing reports, she got disoriented driving, and mixed up the names of her pets. Patient two kept forgetting once familiar faces at work, forgot his gym locker combination, and had to have his assistants constantly remind him of his work schedule. Patient three’s memory was so bad she used an iPad to record everything, then forgot her password. Her children noticed she commonly lost her train of thought in mid-sentence, and often asked them if they had carried out the tasks that she mistakenly thought she had asked them to do.

Since its first description over 100 years ago, Alzheimer’s disease has been without effective treatment. That may finally be about to change: in the first, small study of a novel, personalized and comprehensive program to reverse memory loss, nine of 10 participants, including the ones above, displayed subjective or objective improvement in their memories beginning within three to six months after the program’s start. Of the six patients who had to discontinue working or were struggling with their jobs at the time they joined the study, all were able to return to work or continue working with improved performance. Improvements have been sustained, and as of this writing the longest patient follow-up is two and one-half years from initial treatment. These first ten included patients with memory loss associated with Alzheimer’s disease (AD), amnestic mild cognitive impairment (aMCI), or subjective cognitive impairment (SCI; when a patient reports cognitive problems). One patient, diagnosed with late stage Alzheimer’s, did not improve.

The study, which comes jointly from the UCLA Mary S. Easton Center for Alzheimer’s Disease Research and the Buck Institute for Research on Aging, is the first to suggest that memory loss in patients may be reversed, and improvement sustained, using a complex, 36-point therapeutic program that involves comprehensive changes in diet, brain stimulation, exercise, optimization of sleep, specific pharmaceuticals and vitamins, and multiple additional steps that affect brain chemistry.

The findings, published in the current online edition of the journal Aging, “are very encouraging. However, at the current time the results are anecdotal, and therefore a more extensive, controlled clinical trial is warranted,” said Dale Bredesen, the Augustus Rose Professor of Neurology and Director of the Easton Center at UCLA, a professor at the Buck Institute, and the author of the paper.

In the case of Alzheimer’s disease, Bredesen notes, there is not one drug that has been developed that stops or even slows the disease’s progression, and drugs have only had modest effects on symptoms. “In the past decade alone, hundreds of clinical trials have been conducted for Alzheimer’s at an aggregate cost of over a billion dollars, without success,” he said.

Other chronic illnesses such as cardiovascular disease, cancer, and HIV, have been improved through the use of combination therapies, he

This pair of boxing gloves is made of faux leather and sponge. It is great for boxing training. 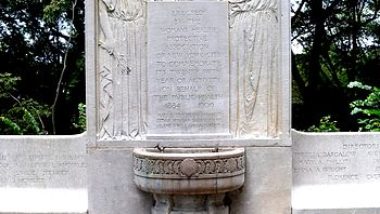 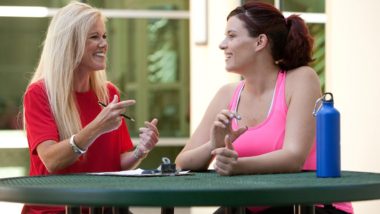 8 Signs You’re Meant to Be a Health Coach