Scientists at the Science Foundation Ireland-funded Alimentary Pharmabiotic Centre (APC) at University College Cork and Teagasc Food Research Centre, Moorepark, have carried out a study in conjunction with the Irish Rugby Football Union that has revealed that exercise and associated dietary changes influence gut microbial diversity. The research is published this week in the journal Gut.

To investigate the impact of exercise and diet, scientists at the Alimentary Pharmabiotic Centre studied a group of “elite” athletes — the Irish Rugby football team. The study was carried out with 40 male elite professional rugby players (mean age 29; mean BMI = 29.1) immediately prior to the last Rugby World Cup. Because of the physical size of modern rugby players, two groups of healthy male controls of similar age but with BMIs of >28 and <25 were used.

This study highlighted that the gut microbiota of our National Rugby team had a very high diversity relative to the Irish general public (as revealed by High Throughput Sequencing).

The athletes are an exceptional group in terms of their dietary intake, fitness/endurance and now we know, in relation to their gut microbiota! This high diversity is particularly linked with exercise and protein consumption and suggests that eating specific proteins and/or exercise can provide a means of increasing microbial diversity in the gut.

The study poses new questions and the Cork team is now prospectively testing the impact of exercise on the microbiota in amateurs of various degrees of fitness and will distinguish the effects of exercise from associated dietary changes.

The above story is based on materials provided by Teagasc. Note: Materials may be edited for content and length.

Thanks for watching! Please subscribe! I upload new videos every 3 days. 🙂 *Make sure to like my new Facebook page, “Phillygirl1124” for your chance to win…
Video Rating: 4 / 5 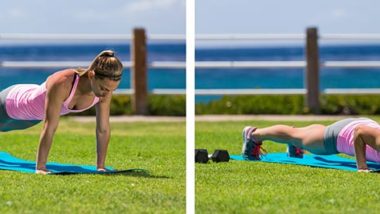