Scientists from The University of Texas at Austin and five other institutions have discovered that the more diverse the diet of a fish, the less diverse are the microbes living in its gut. If the effect is confirmed in humans, it could mean that the combinations of foods people eat can influence the diversity of their gut microbes.

The research could have implications for how probiotics and diet are used to treat diseases associated with the bacteria in human digestive systems.

A large body of research has shown that the human microbiome, the collection of bacteria living in and on people’s bodies, can have a profound impact on human health. Low diversity of bacteria in the human gut has been linked to a plethora of diseases.

“There’s been a lot of work done showing that what people eat influences what gut microbes they have, and that can affect risk of obesity, diabetes, heart disease and other things,” said Daniel Bolnick, professor in The University of Texas at Austin’s College of Natural Sciences and lead author of the study, published this week in the journal Ecology Letters.

Researchers have already established that environment and diet can affect the kinds of bacteria that live in the human digestive system. Unfortunately, most studies on the effect of diet on the microbiome only look at one thing at a time — such as a high-fat versus a low-fat diet.

Bolnick and his colleagues decided for the first time to look at the effect of combinations of different foods on gut bacteria. They used two species of fish, the threespine stickleback and the Eurasian perch, to model the human gut.

Populations of both fish were studied in the wild, where the fish typically dine on two major types of prey. The fish eat large insect larvae that live in the soil near the lakeshore, as well as small crustaceans that live in the open water far from shore. Because the individual fish vary in what they eat — some feasting mainly on insect larvae, others favoring the small crustaceans and the rest feeding on a varying mixture of the two — they proved to be perfect subjects for the study.

The scientists also manipulated the diet of a population of sticklebacks in the laboratory, feeding some frozen insect larvae, others tiny crustaceans, and a third group an equal mixture of the two foods.

The researchers expected that the generalists, the fish dining on the mixed diet, would have more diversity in their gut microbes than the fish that specialized in one type of prey. Because the mixed diet would expose the fish to a larger variety of microbes and their guts would hold a more diverse buffet for the microbes to munch on, it seemed a logical conclusion.

The researchers found the opposite to be true: The fish that

The Run and Gym Key features the Wahoo Key and the Wahoo Fitness soft heart rate belt in a convenient bundle.Accurate and reliable the HR strap records data even if signal is interruptedThe Soft Heart Rate Strap features a two-snap connection, adjustable length, and comfortable, elastic fabric to minimize chaffing and can be hand washedHR Sensor is waterproof up to 5 feetWirelessly connects the iPhone 3G, 3GS, 4, 4S, iPod touch, and iPad to fitness measuring devicesNOTE: Does not work with the iPHONE 5Includes: one Wahoo Key and one Wahoo Fitness Soft Heart Rate BeltFits into 30-pin connectorWireless ANT+ sends and receives signals up to 10 feet unobstructedTotal Weight: 45g (1.6oz)
List Price: $ 99.99
Price: $ 99.99 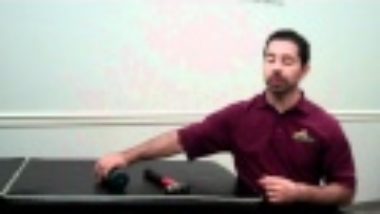