Researchers at the University of Adelaide have confirmed that if current trends continue, Australia’s Generation X will overtake Baby Boomers for poor health, including rates of obesity and diabetes, which could have huge implications for healthcare and the workforce.

In a paper published in the online journal PLOS ONE, University of Adelaide researchers compared the health status of Baby Boomers (born from 1946-1965) and Generation X (1966-1980) at the same age range of 25-44 years.

They found Generation X had significantly poorer levels of self-rated health, and higher levels of obesity and diabetes compared with Boomers, with no real difference in physical activity between the two groups.

“Generation X appears to have developed both obesity and diabetes much sooner when compared with Baby Boomers, which is a major concern on a number of fronts,” says co-author and University of Adelaide PhD student Rhiannon Pilkington, who is a member of the University’s Population Research & Outcome Studies group, School of Medicine.

Generation X is more than twice as likely to be overweight or obese and have diabetes at 25 to 44 years of age, compared to Baby Boomers at the same age in 1989.

“Although the two groups in our study did not seem to have any difference in levels of physical activity, our lifestyles and food environments have changed drastically over recent decades.

“Transport options and workplaces encourage sedentary behavior, and food high in fat and sugar is often more readily available than a healthier alternative. This may account for why the younger generation is developing unhealthy weight levels at an earlier age,” she says.

“There is the potential for obesity-related health problems to propel many from the workforce early, or to drastically reduce their ability to work. If ongoing generations continue down this path of developing what were once considered to be age-related conditions earlier in life, the consequences for healthcare costs will be enormous.” 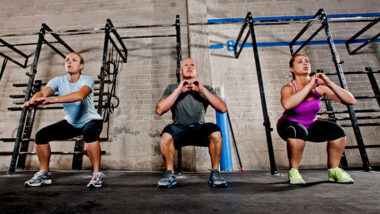