A University of Wisconsin-Madison researcher has detected a higher rate of seizures among children with autism who were fed infant formula containing soy protein rather than milk protein. The study found excess seizures among girls and in the total sample of 1,949 children. The soy-seizure link reached borderline significance among boys, who comprised 87 percent of the children described in the database under study.

Seizures — caused by uncontrolled electrical currents in the brain — occur in many neurological disorders including epilepsy, Alzheimer’s disease, Down syndrome and autism.

About 25 percent of infant formula sold in the United States is based on soy protein.

Study author Cara Westmark, a senior scientist in the UW-Madison department of neurology, says her investigation was sparked by mouse studies of a drug that, it was hoped, would inhibit seizures by blocking signals that excite nerve cells. “It was pure serendipity that we happened to look at soy,” she says.

To simplify the mouse study, she replaced the standard lab chow, which had a variable composition, with a diet containing purified ingredients. Unexpectedly, that diet reduced the rate of seizures by 50 percent compared to standard chow, Westmark says.

“We were intrigued that a dietary alteration was as effective as many medicines in reducing seizure incidence and wanted to pursue that finding,” she says. “We found that the main difference between the diets was the protein source. The standard diet was soy-based, while the purified diet was casein, or dairy, based.”

The mechanism of action is unknown, but Westmark points to the high level of plant-derived estrogens in soy products as a possible cause of the excess seizures.

People eat a lot of soy products, and when Westmark began to look for the effect in people, she decided to focus on infants, who may consume nothing but formula. Knowing that people with autism have a higher rate of seizures, Westmark turned to a database from the Simons Foundation Autism Research Initiative.

And that led to the new study, published in the journal PLOS ONE, which showed that children with autism who were fed soy formula had 2.6 times as many febrile seizures as the children fed non-soy formula in the database. That means 4.2 percent of the soy group had a seizure associated with a fever, compared to 1.6 percent of the others.

To put it another way, the vast majority of both groups did not have seizures. “This is not saying that all autistic children who eat soy-based formula are going to develop seizures,” says Westmark.

And yet that increase is worrying, Westmark says. “The prevalence of autism is increasing and currently affects one American child in 88. Soy is a widespread ingredient in many food products and 25 percent of infant formulas are soy based, so this is something that needs to be studied. If the child is lactose intolerant, there are alternatives that

WHAT’S IT DO? The original UA training t-shirt was called “Performance Grey” and it was built from a lightweight, natural-feeling synthetic that can wick sweat and dry fast. That meant athletes could stay cooler and drier. Since that time, Under Armour has updated the name to the Men’s UA Tech Short Sleeve Workout Shirt, made it even softer and more comfortable, and blown it out with colors. It’s the shirt that started the legacy and there’s a reason you still see it everywhere. THE FUNDAMENTALS LOOSE : Full, loose fit for enhanced range of motion & breathable comfort no matter where your workout takes you. Lightweight UA Tech(TM) fabric with an ultra-soft, natural feel for unrivaled comfort Signature Moisture Transport System wicks sweat away from the body Anti-Odor technology prevents the growth of odor-causing microbes Smooth, chafe-free flatlock seam construction Imported Fabric : Polyester Size S Color Black/White
List Price: $ 24.99
Price: $ 24.99 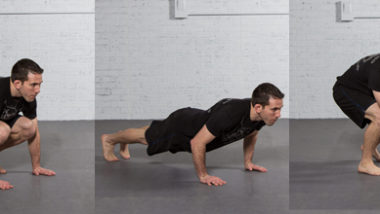 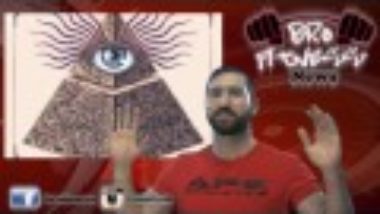