Mutations within the gene FTO have been implicated as the strongest genetic determinant of obesity risk in humans, but the mechanism behind this link remained unknown. Now, an international team of scientists has discovered that the obesity-associated elements within FTO interact with IRX3, a distant gene on the genome that appears to be the functional obesity gene. The FTO gene itself appears to have only a peripheral effect on obesity.

“Our data strongly suggest that IRX3 controls body mass and regulates body composition,” said senior study author Marcelo Nobrega, PhD, associate professor of human genetics at the University of Chicago. “Any association between FTO and obesity appears due to the influence of IRX3.”

Mutations to introns (noncoding portions) of the gene FTO have been widely investigated after genome-wide association studies revealed a strong link between FTO and obesity and diabetes. Yet overexpressing or deleting FTO in animal models affects whole body mass and composition, not just fat, and experiments have failed to show that these obesity-linked introns affect the function of the FTO gene itself.

Hoping to explain these observations, Nobrega and his team mapped the behavior of promoters — regions of DNA that activate gene expression — located within one million base pairs on either side of the FTO gene. In adult mice brains, where FTO was thought to affect metabolic function, they discovered that the promoter that turns on FTO did not interact with obesity-associated FTO introns.

“Instead, we found that the promoter for IRX3, a gene several hundred thousand base pairs away, did interact with these introns, as well as a large number of other elements across the vast genetic distance we studied,” said co-author Jose Luis Gomez-Skarmeta, PhD, a geneticist at the Andalusian Center of Developmental Biology in Sevilla, Spain. The researchers found a similar pattern of interactions in humans after analyzing data from the ENCODE project, which they confirmed with experiments on human cells.

Using data from 153 brain samples from individuals of European ancestry, they discovered that the mutations to FTO introns that affected body weight are associated with IRX3 expression, but not FTO. Obesity-related FTO introns enhanced the expression of IRX3, functioning as regulatory elements. The FTO gene itself did not appear to play a role in this interaction.

“Regulatory elements are switches that turn genes on and off. What we’ve found is that the switches that control IRX3 are far away from the gene and actually inside the FTO gene,” says Nobrega.

To verify the role of IRX3, the researchers engineered mice without the IRX3 gene. These mice were significantly leaner than their normal counterparts. They weighed about 30 percent less, primarily through reduced fat.

The decrease in weight gain occurred despite normal levels of food consumption and physical activity. When fed

Skip the crawl and backstroke; you can burn a bunch of calories in the pool — no swimming required. Here are five moves that will get your heart rate up whil…

<p>Question by ********** *: back strengthing exercises?
what is best exercises for lower back pains

Answer by Mercy
The very best, best best stretching and strengthening exercises for the lower back are yoga exercises. They are gentle, and you progressively become more supple as you do them, but in fact, you notice a difference right away. The cobra, the locust, the plow, and the spinal twist come to mind immediately, but a real back-strengthening yoga routine would likely involve a number of hatha yoga positions in combination with these. The best thing you could do would be to find a really reputable wholistic medicine facility or a yoga facility your physician would recommend and get a referral from your doc (so insurance maybe will cover it), and have a consultation with a yoga therapist who can help you develop a routine and guide you at least at first and occasionally after that, so you perform the positions correctly.

You really will notice a difference.

There is another perk of doing things this way: The money you spend for any lessons will be tax deductible as a medical expense. I have osteoporosis and I have an exercise prescription from an exercise physiologist. As a result, my gym membership (when I had one) and now, the cost of my elliptical and my exercise equipment is all tax deductible.

Since it is good for both your back and your wallet, take the professional track through this: Get a referral from your doc (insist on one if he is a little reluctant) and go to somebody who really knows their yoga and back pathology. This has made a huge difference in my health, no kidding. 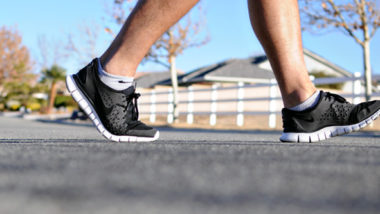 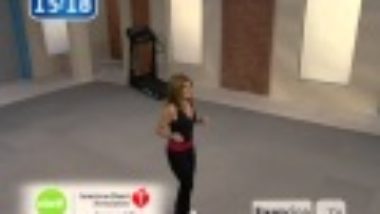