A diet high in protein, particularly animal protein, may help elderly individuals maintain a higher level of physical, psychological, and social function according to a study published in the Journal of the American Geriatrics Society.

Due to increasing life expectancies in many countries, increasing numbers of elderly people are living with functional decline, such as declines in cognitive ability and activities of daily living. This can have profound effects on the health and well-being of older adults and their caregivers, as well as on health care resources.

Research suggests that as people age, their ability to absorb or process protein may decline. To compensate for this loss, protein requirements may increase with age. Megumi Tsubota-Utsugi, PhD, MPH, RD, of the National Institute of Health and Nutrition in Japan, and her colleagues in Tohoku University and Teikyo University, Japan, wondered whether protein intake might affect the functional capabilities of older adults. They designed a study to investigate the relationship between protein intake and future decline in higher-level functional capacity in older community-dwelling adults in Japan. Their analysis included 1,007 individuals with an average age of 67.4 years who completed food questionnaires at the start of the study and seven years later. Participants were divided into four groups (quartiles) according to their intake levels of total, animal, and plant protein. Tests of higher-level functional capacity included social and intellectual aspects as well as measures related to activities of daily living.

“Identifying nutritional factors that contribute to maintaining higher-level functional capacity is important for prevention of future deterioration of activities of daily living,” said Dr. Tsubota-Utsugi. “Along with other modifiable health behaviors, a diet rich in protein may help older adults maintain their functional capacity.”

<p>Question by Loops: Anyone use LA fitness?
I really need to get in shape, and was thinking about signing up at LA Fitness. Is this a good option for me, or should I try something different? 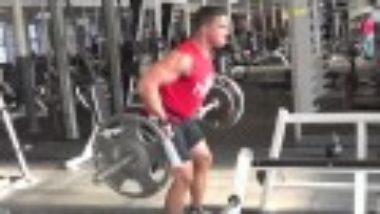