Meat and cheese may be as bad for you as smoking

That chicken wing you’re eating could be as deadly as a cigarette. In a new study that tracked a large sample of adults for nearly two decades, researchers have found that eating a diet rich in animal proteins during middle age makes you four times more likely to die of cancer than someone with a low-protein diet — a mortality risk factor comparable to smoking.

“There’s a misconception that because we all eat, understanding nutrition is simple. But the question is not whether a certain diet allows you to do well for three days, but can it help you survive to be 100?” said corresponding author Valter Longo, the Edna M. Jones Professor of Biogerontology at the USC Davis School of Gerontology and director of the USC Longevity Institute.

Not only is excessive protein consumption linked to a dramatic rise in cancer mortality, but middle-aged people who eat lots of proteins from animal sources — including meat, milk and cheese — are also more susceptible to early death in general, reveals the study to be published March 4 in Cell Metabolism. Protein-lovers were 74 percent more likely to die of any cause within the study period than their more low-protein counterparts. They were also several times more likely to die of diabetes.

But how much protein we should eat has long been a controversial topic — muddled by the popularity of protein-heavy diets such as Paleo and Atkins. Before this study, researchers had never shown a definitive correlation between high protein consumption and mortality risk.

Rather than look at adulthood as one monolithic phase of life, as other researchers have done, the latest study considers how biology changes as we age, and how decisions in middle life may play out across the human lifespan.

In other words, what’s good for you at one age may be damaging at another. Protein controls the growth hormone IGF-I, which helps our bodies grow but has been linked to cancer susceptibility. Levels of IGF-I drop off dramatically after age 65, leading to potential frailty and muscle loss. The study shows that while high protein intake during middle age is very harmful, it is protective for older adults: those over 65 who ate a moderate- or high-protein diet were less susceptible to disease.

The latest paper draws from Longo’s past research on IGF-I, including on an Ecuadorian cohort that seemed to have little cancer or diabetes susceptibility because of a genetic mutation that lowered levels of IGF-I; the members of the cohort were all less than five-feet tall.

“The research shows that a low-protein diet in middle age is useful for preventing cancer and overall mortality, through a process that involves regulating IGF-I and possibly insulin levels,” said co-author Eileen Crimmins, the AARP Chair in Gerontology at USC. “However, we also propose that at older ages, it may be important to avoid a low-protein diet to allow the

Get Your FITS…and kick it in style! The FITS Sock Company Women’s Ultra Light Casual Crew Sock bring everything you love about FITS to your everyday, busy life! To-do lists, activities, and the daily grind may wear you down, but your feet will be looking and feeling better than ever. Treat your feet- you deserve it! Full Contact Fit: -Dynamic Toe Cup: contours to the shape of your toes -Heel Lock: super deep heel pocket with ample cross stretch locks the sock on your heel -Full Contact Cuff: stays in place due to a tighter ankle and looser calf (proper gradience) -Ultra Light design delivers Fits performance with no added bulk -Women’s specific crew height rises to just below the calf -Made in the USA Fabric: 64% Wool/34% Nylon/2% Lycra Spandex Sizing by Shoe Size: Small: 5 thru 7 Medium: 7 1/2 thru 9 1/2 Large: 10 thru 11 1/2
List Price: $ 18.99
Price: $ 18.99 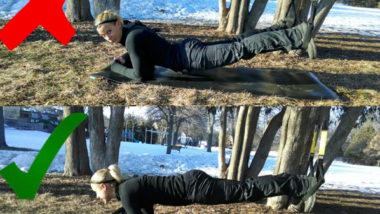 Recovering from a Minor Knee Sprain