I hate to admit when I’ve been super-stupid, but this is one of those times.

With all of the ads on TV about “declining testosterone levels” and various supplements intended to remedy the situation, I decided to do some investigation.

One of the more heavily advertised supplements is called “Test 180” (also “Test 180X”), produced by a company called Force Factor. I’ve read a few good reviews for this product – as well as many, many bad reviews – but the ingredients listed in their “formula” all seem to have scientific backing, so I thought it might be a good place to start.

I saw an advertisement online for a free 14 day trial supply. I clicked on it, read their propaganda, looked around to see if there was a “catch” of any sort, and since it looked like I wasn’t going to get ripped off, I ordered the 14 day supply. I guess I was being naive – most offers I’ve seen say something like “$4.99 14-day trial, and then $75 each month thereafter” in clear terms right before you pay. Ha, not in this case.

A few days later I received the “14 day supply”. It was actually 14 capsules, with directions stating one capsule in the morning, and another prior to a workout. Going by that, the best I could get out of it would be an eight or nine day supply (I work out 5 times per week). I decided to go with just one per day to make it last as long as possible.

Thinking I was safe from any future charges, I reasoned that their other product (Test 180 Ignite) deserved a fair trial as well. A week after I received the first trial I signed up for a trial of Ignite. Same terms ($4.99), same “safe from future charges” assumption because of “invisible” fine print.

Last Friday (February 14th), I was reviewing my bank statement and saw a mysterious charge for $75. What? Where did that come from? Then I saw it “FCF*TEST X180 60” – obviously I got charged after I thought I would not. I looked at that checkout crap for at least 10 minutes before I ordered and did not see a subscription being set up, but I missed it anyway.

I was pissed, and I wanted to fix it ASAP. So, I called the number listed in the bank statement. 877-492-7243. The first time I called, I got a message that said “Congratulations! You have been selected for a $100 Wal-Mart gift card! Press one to redeem”. What the heck, I thought, and went ahead and pressed the one on my keypad.

Someone answered with an Indian accent, and started asking me for demographic information. I interrupted and ask “Why has $75 been charged to my debit card”. I was told that the department I needed to contact was closed for the day, and I should call back later.

So, I waited and called back today. I spoke with a representative, and was quizzed as to whether I read the Terms and Conditions. I admitted I looked things over and did not see anything about a subscription, but that I wanted to cancel anyway and get my money back. The rep told me I’d have to send the product back, and it would take six weeks before the charge would be refunded!.

When I asked why it only took two weeks to charge me, but six weeks to refund me, he claimed it was because it would take that long for them to get the product back, verify it, and issue the refund.

Bullshit. I know it takes two to four days to refund after verification (and verification can be completed via USPS or UPS in hours).

Then, he offered an “alternative”. He said he could refund $40 instantly, cancel my subscription, and I could keep the product. Huh? I told him that makes no sense – why would they do that? He said it’s because they stand behind their product, and after I used it, I would order again (fat chance).

Now, to me that “solution” means something completely different. Let’s say I sold you a car (under warranty). A couple weeks later you decided you don’t want the car and will return it. I say, “No, I’ll refund 60% of what you paid me, and you keep the car”. Interpretation – I don’t want the car back because a) I don’t think it is worth the bother of trying to sell again, and b) I only think it was worth 40% of what I sold it for in the first place.

What else could that possibly mean?

Now that I do not trust Force Factor any further than I can throw them, I think I will have my Credit Union reverse that charge and cancel the card. The rep told me the Ignite subscription is now canceled, but I have my doubts. I’ve had to cancel a card before, and it will likely happen again. And, I’m not going to fall for any of those “free trial” offers ever again. I think I’m going to start relying on pre-paid cards to avoid future phantom charges.

I suggest you avoid falling for them as well. 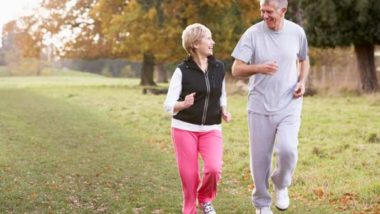 How a powerful affirmation can motivate your life in any critical situation?