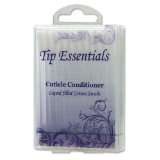 The PFW staff says Maurice Jones-Drew[1] and Trent Richardson[2] are must-starts and health is a big factor for Ryan Mathews[3], in this week’s fantasy running back tips.

The Bills are surrendering 134.0 rushing yards per game. Browns RB Trent Richardson[4] comes off a strong game vs. Cincinnati (145 combined yards, two scores) and was much better than he was in Week One. With Richardson seemingly in better form, hes just about a must-start for most fantasy owners unless you have stellar RB depth.

Jaguars RB Maurice Jones-Drew[5] has shown little rust the first two weeks after his lengthy contract holdout, but his numbers have been pedestrian because he didnt start in Week One and the Jaguars quickly fell behind last week. Sunday against the Colts represents Jones-Drews best opportunity thus far to make a big-time fantasy splash, as the Colts, despite holding up fairly well against the run thus far, are far from an upper-tier run defense. With Jaguars QB Blaine Gabbert regressing badly against the Texans in Week Two, look for the Jaguars to feed Jones-Drew as much as he can handle. Though there are many new faces on the Colts D, it is worth mentioning that the Jaguars have had their mojo working in recent games against the Colts, with Jones-Drew rushing for at least 100 yards in four of the last five meetings.

Ryan Mathews is expected to return Sunday in the Chargers game against the Falcons. Keep an eye on him over the next 48 hours, but if Mathews is back, hell get his touches. The Chargers may still take it slow, as Mathews has been injury prone in his career and they have depth with RBs Ronnie Brown[6], Curtis Brinkley and Jackie Battle who had two scores last week. The Broncos had success on the ground against Atlanta last Monday night, and fantasy owners should plug Mathews into their lineups if he is healthy and ready to return. Once he is 100 percent, he has the potential for 25-30 touches a game.   Texans RB Arian Foster is obviously a must-start player each week; the bigger dilemma facing fantasy owners with regards to Houstons backfield is what to do with talented backup Ben Tate. After a very quiet Week One (five carries, six yards), Tate exploded last week against the Jaguars, racking up 97 total yards and a pair of TDs on 16 touches. Of course, the Texans also carried the ball a franchise-record 48 times as they ran roughshod over the hapless Jaguars. The Texans travel to Denver this week, where the Broncos have held the Steelers and Falcons to 2.6 yards per carry in the first two weeks. This figures to be a more closely contested affair, making it unlikely Tate will have as many chances as he did in Week One. Even so, with the Texans desire to run the football, Tate is a reasonable flex play.

The Dolphins Week Three game against the Jets will be a tough gauge for those trying to determine if Lamar Miller or Daniel Thomas is a good back to have in deep leagues as Reggie Bushs backup. Thomas had a nice catch-and-run in the season opener before suffering a concussion. He missed Week Two and Miller showed some flashes in his NFL debut, notching a touchdown. The Jets run defense is very good and it will be difficult even for Bush to find room to run. Week Fours game against Arizona will be a better indicator going forward if youre looking at the Dolphins backup backs.

Lions RB Mikel Leshoure returned to practice Wednesday, and per the teams website, he shared first-team reps with Kevin Smith when practice was open to media. Leshoure definitely merits a waiver claim, as he could develop into a key part of the running game. Now, should you play him in Week Three? Thats a tougher call. Hes a reasonable roll-of-the-dice flex play in huge leagues, but its hard to know what to expect of him just yet.

Steelers RB Rashard Mendenhall (knee) has missed the first two games, but he continues to be able to practice. If he returns in Week Three, he could be a decent flex in bigger leagues, what with the Raiders surrendering almost 150 yards per game. If he sits, Isaac Redman and Jonathan Dwyer will get the bulk of the carries. Though both would have some value in big leagues, the Steelers running game has sputtered thus far, and the backs could split carries.

With Giants RB Ahmad Bradshaw out with a neck injury for Thursdays game, others will be called on. But owners of rookie RB David Wilson shouldnt get overly excited. Andre Brown will likely handle the majority of the carries, and he was one of the hidden reasons behind the Giants comeback against the Bucs on Sunday. Brown broke some tackles and picked up the energy, finishing with 71 yards on 13 carries and a TD. Wilson, meanwhile, had only three carries (six yards) and was otherwise restricted to KR duty. He might see some more work something in the eight-carry range, perhaps but not much more unless Brown also goes down Thursday.

The fantasy stock of Cardinals RBs Beanie Wells and Ryan Williams could be dropping, as its starting to look like Ken Whisenhunt will be giving both backs a fairly equal amount of playing time moving forward. In Week Two, Wells ran 14 times for 44 yards, while Williams, who has had problems holding onto the ball but remains a scary big-play threat, rushed 10 times for 13 yards.

Even if Rams featured back Steven Jackson is able to play this Sunday despite a groin injury that has him currently listed as day to day, you might want to take a flier on Rams rookie RB Daryl Richardson, who close team observers believe could be on the cusp of sharing more time with Jackson after his impressive Week Two performance in the win over Washington (15 carries for 83 yards, two catches for 19 yards). Richardson showed legitimate big-play ability with a 53-yard sideline romp vs. the Skins. Its worth noting that prior soft-tissue injuries have tended to sideline Jackson for several weeks.

The Bears say RB Matt Fort is a fast healer, but he was unable to finish playing in Week Two after injuring his ankle, and he did not practice on Wednesday. We dont expect him to play in Week Three vs. the Rams. If he does, it will likely be in a limited role. Bears RB Michael Bush who will get the call on the goal line whether Fort plays or not could handle a heavy workload against St. Louis and is worthy of a start as a No. 2 RB in deeper formats.

With Panthers RB Jonathan Stewart hobbled by a toe/ankle injury, fantasy owners should keep him on the bench this week vs. the Giants. Carolina has not announced that he will not play, but indications are hes dealing with soreness that will keep him from being much of a factor even if he is active. Panthers RB DeAngelo Williams is a decent option as a low-end No. 2 RB/flex this week.

25 Health Tips Our Readers Want You To Know

With fall in the air, it's time to take some precautions on keeping you and your family healthy. Try these tips for a more satisfying fall season. http://www.myndytv.com/dpps/health/a_to_z/twinkle-simply-healthy-fall-health-tips-nd12-tvw_4577953

500 of the Most Important Health Tips You’ll Ever Need: An A-z of Alternative ..

Better Body Management: Practical Tips for a Lifetime of Health and Fitness 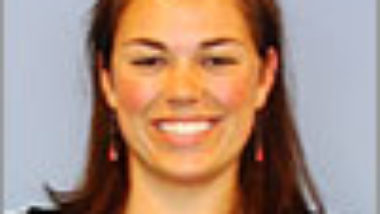