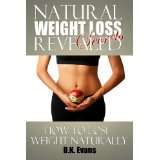 Weight-loss Tips From Someone Who Should Know

David Kirchhoff still trembles and sweats at the sight of ice cream.

Perhaps thats what makes him the perfect person to run Weight Watchers, one of the biggest weight-loss companies in the world. He knows what its like to struggle with the scale, and now he can say he wrote the book on it literally.

Mr. Kirchhoff, 45, president and chief executive officer of Weight Watchers International Inc., spent a grand total of nine years losing about 45 pounds. He became a member of the Weight Watchers program after becoming an employee of the company in 1999. At that time, he was clinically obese, weighing 242 pounds, with high cholesterol. Over the next nine years, he set about losing the excess weight, including after being named company CEO in 2006.

During that time, he learned a thing or two about how to get motivated, why men shouldnt be afraid of talking about weight-loss struggles, and why its important to never feel deprived all topics he covers in his new book, Weight Loss Boss. He spoke to The Globe and Mail about the lessons he has learned, and why people should cut Toronto Mayor Rob Ford, who recently gave mixed messages about his public commitment to lose 50 pounds, some slack.

Its time for men to talk about their body issues

Mr. Kirchhoff said he was inspired to go public with his weight-loss story because so few men do. Weight-loss companies and products have typically been geared toward women, but men are just as affected by issues related to being overweight or obese.

I will admit at first it felt a little bit off and vulnerable to put myself out there, Mr. Kirchhoff said. Yet I think in a positive way the discussion around obesity is becoming less and less focused on weight and body image and more and more focused on the health. The reasons for doing that are as strong for men as they are for women.

The ground appears to be shifting, he said, with more men being targeted by weight-loss companies and also more willing to talk about the issue.

Mr. Kirchhoff said the most positive feedback he has received about his book is over the fact he stuck with his weight-loss plan, even though it took nine years to lose 45 pounds and reach his goal.

It wasnt as though it took me nine years because I was losing 20 grams a week. Id lose weight, then Id bounce around at some plateau, he said. A lot of people have this image in your mind: You start a program, you start an effort and three months later its done and its solved. In truth it takes a while.

The real change occurred a few years ago, when Mr. Kirchhoff experienced a breakthrough. He realized that he needed once and for all to get serious about changing underlying bad habits, and his approach to food and exercise.

Mr. Ford announced on his radio show this week that after several months public weigh-ins, ups and downs on the scale and being mocked after a YouTube video captured him entering a KFC restaurant, he was abandoning his public weight-loss odyssey. He later said he would do a final weigh-in on June 18.

The mayor took a lot of heat for failing his mission, but Mr. Kirchhoff said he isnt surprised Mr. Ford is having trouble reaching his goal, given the huge amount of weight he wanted to lose, the pressure on him to do so and the sheer difficulty of shedding pounds.

I give the mayor a huge amount of credit for putting himself out there, which I think took a lot of courage to do, he said. But I would also have a lot of empathy that this particular time may not have been the right time for him to do it. There may have been some other things going on in his life and it wasnt the right level of priority for him.

For so many people, losing weight is a process that can be filled with many ups and downs before something finally clicks, Mr. Kirchhoff said.

The notion of somebody failing in a given attempt is simply part of the process, he said. My point of view is, cut the guy a break. If one particular effort didnt work, dont call it a failure, it doesnt make him a failure. This particular time at bat he didnt swing well, but thats not to say that he should quit baseball.

For Mr. Kirchhoff, the real change took place when he stopped looking at weight loss as a one-time goal and began viewing it as a shift toward a healthier lifestyle. I think one mistake people make is they try to change every single thing in their life at once and they try to do it very fast and that never works, he said.

The reason why so many people tend to fail when trying to lose weight is they expect a miraculous and massive achievement to happen overnight. The truth is, success comes from slogging it out over years, not days or weeks.

Eventually, healthy routines become automatic. Mr. Kirchhoff now exercises every day and eats a breakfast of plain oatmeal loaded with fruit every morning. Compare that to a few short years ago, when he rarely hit the gym and would regularly indulge in greasy meals.

My point is that these things arent conscious decisions that Im making day in and day out, he said. Theyve really become sort of automatic. Really, the only way to permanently deal with a weight issue is not to make it a test of willpower but rather to make it an automatic behaviour.

Thats why Mr. Kirchhoff doesnt believe in deprivation diets or banning certain types of food. Instead of doing without, he has tailored his diet so that it features food that is satisfying and filling. You have to lose this notion of living in deprivation, he said. I eat a lot of food. I really do. If you saw the quantity of food I ate, you might be a little bit shocked.

Out of sight, out of mouth

Everyone has at least one unhealthy trigger food that can make them want to quit any diet. For Mr. Kirchhoff, its ice cream. Last weekend, he spotted some in the downstairs freezer in his home and his knees started to shake.

Surprisingly, he said people shouldnt give up their trigger foods and instead should learn to live with the temptation.

Since we live in a junk-food-saturated world, Mr. Kirchhoff says the best way to avoid temptation is to adapt your personal environment. Avoid keeping tempting foods in the house, or if you cant, at least keep them out of sight.

Mr. Kirchhoff accomplished this by asking his daughters to keep ice cream downstairs in the family home and serve it there so he doesnt have to always see it. Out of sight, out of mouth, he said. If you have a trigger food, dont fight it because youll lose. Its kind of like water torture or something. Eventually youre going to break.

Its not a huge setback to occasionally indulge in bad foods, but the key is maintaining control. One of the reasons some people get frustrated and quit is that they cant resist their trigger food, he said: They have this notion that I should be strong enough to have the willpower to not have any of the ice cream.

Low-Fat Fat loss Tips. Losing weight is easy for many people. As soon as they notice they're receiving a little heavy they eat a little less and the weight comes quickly. These people don't struggle, and are rarely some pounds overweight; then … http://answers.carecrunch.com/?p=215640&utm_source=rss&utm_medium=rss&utm_campaign=zero-fat-weight-loss-tips 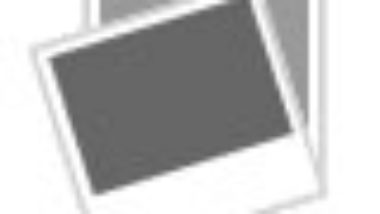