After serving their country, many veterans face long-term health challenges but sometimes symptoms may not appear for decades and aren’t quickly recognized, aggravating their condition. The lung disease chronic obstructive pulmonary disease (COPD) is an example that’s disproportionately affecting veterans. COPD is now the fourth most common diagnosis among veterans. Approximately 15 percent of the U.S. Department of Veterans Affairs heath care users are affected with COPD. Veterans are also three times more likely than civilians to develop the respiratory condition.

COPD is a respiratory disease that makes breathing difficult. Tightness in the chest, breathlessness and persistent cough are the hallmark symptoms, but many people with COPD mistake a feeling of breathlessness as just a sign of aging, and often symptoms increase over a period of years. As many as 80 percent of people with COPD in the general population have moderate to severe COPD by the time they are diagnosed.

Recent studies have found there has been an uptick in respiratory diseases, including COPD among veterans, especially those serving in Iraq and Afghanistan. However, the disease goes largely unrecognized by caregivers and healthcare providers alike, according to a study by the Association of Military Surgeons of the U.S.

One of the key aspects of managing COPD is recognizing symptoms early and taking a proactive approach with your healthcare professional. ‘While COPD affects veterans disproportionately, it is a treatable condition,’ says Dr. Jay Peters, FCCP, CHEST Foundation Leader. ‘We encourage veterans to keep a list of questions and observations about their breathing to bring up with their physician, which will aid in the development of a treatment plan.’

Due to the increased risk for veterans, Dr. David Mannino, Pulmonologist and Medical Expert at GSK, recommends they make it a point to talk to their doctor when they are having trouble with their breathing.

COPD is a chronic lung disease brought on by occupational dust or chemicals, smoking or secondhand smoke, and exposure to air pollution. In some cases, people develop COPD due to genetic factors passed down through families. COPD includes two lung problems:

For a full list of symptoms and to learn more about COPD, visit www.copd.com.

* Millie Weaver interviews a flag hater disgracing the American flag. All of a sudden, a member of Bikers for Trump intervenes picking the flag up off the ground setting off commotion.

Visit http://www.InfowarsLife.com to get the products Alex Jones and his family trust, while supporting the growth of our expanding media operation.

INFOWARS HEALTH – START GETTING HEALTHY BEFORE IT’S TOO LATE – http://www.infowarshealth.com/ 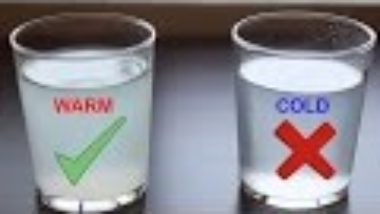 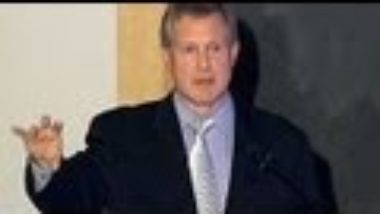