Solving the nation’s water problems before the tap runs dry

(BPT) – Cooking dinner, washing dishes, showering and flushing toilets – these are daily activities for most Americans. If you did any of these in the last 24 hours, you’ve contributed to the roughly 355 billion gallons of water that are used each day in this country.

Water is our most basic, physical need, but it’s also one many people take for granted. While most Americans are fortunate enough not to know a world where they don’t have access to clean water, continuing that same safe access in the future is not guaranteed. In fact, preserving the nation’s clean water supply requires significant change from current practices, along with a commitment from both utility workers and the general public to work together in solving one of America’s greatest challenges.

Understanding the true cost of water

The average person uses about 70 gallons of water every single day, and this number does not factor in the water allotted for general uses such as agriculture, energy production, fire protection or manufacturing. Yet despite this myriad use, the average consumer’s monthly water bill remains around $ 45, far below what many Americans pay for their cell phone, a night out or their television package.

It appears a bargain, yet 50 percent of Americans surveyed by Grundfos for the Who Runs the Water that Runs America Initiative believe they are paying a fair price for water, and only 2 percent report they should be paying more when comparing their water use to their water bill. Those in the utility sector tell a different story, with 70 percent reporting they aren’t generating enough revenue to cover their costs and fund infrastructure improvements.

A side seldom seen by consumers

Jayne Swift, project manager for the global engineering firm CH2M, knows firsthand the difficulties utilities face. Responsible for water delivery in Crestview, Florida, Swift recognizes that most people don’t think about their water beyond their immediate needs. ‘Few people think much about where the water comes from when they turn on the faucet, or where it goes and who manages it after it goes down the drain,’ she says. ‘We treat wastewater to protect public health, and we treat and deliver clean, safe water for consumption. When something goes wrong, we have to respond and correct the issue ASAP.”

Across the nation, those issues are arising more and more often. America’s water infrastructure is aging, and each year more than 240,000 water mains break at a total repair cost of more than $ 1 trillion. These breaks and/or leaks in the water mains account for 12 percent of the nation’s water being wasted each year. And as the infrastructure system continues to age, that number is expected to grow.

Consumer challenges around what not to flush

An aging infrastructure isn’t the only challenge utility professionals face. In some communities a much larger problem already exists. For example, when Jim Holzapfel, water utility director for the city of Naperville, Illinois, is asked the largest problem his department faces, the answer comes quickly. “Flushable wipes,” says Holzapfel. “They are nearly indestructible.”

Naperville Water Distribution and Collections Manager Tony Conn agrees. “We have a multi-residential facility that feeds into a particular pump station. Normally we’d pull the pumps twice a year to do maintenance. But in the last four months we’ve pulled these pumps 53 times, all because of flushable wipes.”

Holzapfel says that wipes flushed down the drain can cling and weave together. When they do, the wipes form a rope-like mass that plugs pumps and damages equipment. Sometimes this plug can be so large that it can break a 2-inch-diameter pump shaft. The plugs can be expensive for consumers as well.

Holzapfel says Naperville’s utility – which serves a population of about 151,000 – receives approximately five calls per week for sewer backups in homes. “After investigating the issue, we often find out flushable wipes have plugged their service line,” says Holzapfel. “At that point, it’s not a utility issue. Unfortunately, it’s now an individual customer that has a sewer backup that they have to take care of and pay for.”

“The word ‘flushable’ can be interpreted by others (the consumer) to mean something different than intended or what is recommended and/or practical,” says Conn, recommending that flushable wipes are better disposed of in the trash can. “Just because it’s flushable doesn’t mean you should flush it.”

Working together to improve water use

While water utility professionals work tirelessly to preserve the nation’s water system, they cannot do it alone. To stave off the problems threatening the nation’s water supply and make real improvements to the existing water infrastructure, it will require consumers to think about their water beyond the point it leaves their tap. It will require them to reduce their water usage and realize that if change is not enacted now, the results down the road will be even more expensive for everyone.

The Who Runs the Water that Runs America initiative is working to increase consumer awareness of the water challenges that exist in the United States. Visit www.whorunsthewater.com to learn more about the water situation in your area, how it compares to other regions of the nation and what you and your family can do to improve it. Ten minutes – the length of a shower – could make all the difference in the world.

* Join host and moderator Neil deGrasse Tyson and his panel of experts for a lively discussion about the past, present, and future of water on Earth.

Earth is the only place in our solar system with liquid water on its surface. Even though water makes up only 0.03 percent of the Earth’s total mass, it covers 70 percent of the planet’s surface. Where did this water come from? Why is it mostly in liquid form? How much of it is drinkable and how vulnerable is this valuable resource? Will we ever run out? Will wars of the future be fought over access to it? Will future generations harness water from space? Is water essential to all life in the universe—or just to life on Earth?

The late Dr. Isaac Asimov, one of the most prolific and influential authors of our time, was a dear friend and supporter of the American Museum of Natural History.  In his memory, the Hayden Planetarium is honored to host the annual Isaac Asimov Memorial Debate — generously endowed by relatives, friends, and admirers of Isaac Asimov and his work — bringing the finest minds in the world to the Museum each year to debate pressing questions on the frontier of scientific discovery.  Proceeds from ticket sales of the Isaac Asimov Memorial Debates benefit the scientific and educational programs of the Hayden Planetarium. 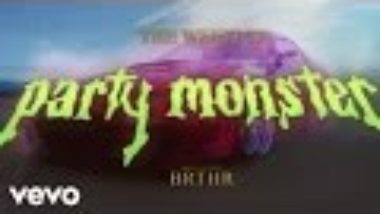 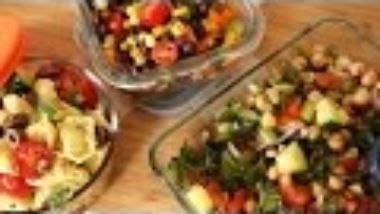