(BPT) – Lauren, a young woman from North Carolina, started noticing symptoms of a sexually transmitted disease (STD) after being with a new partner. As someone who typically took great care of her health, she knew it was important to get her symptoms checked out. She was surprised to learn that she had chlamydia.

“Luckily, I experienced symptoms, so I knew to get tested,” Lauren says, “but not everyone experiences them.” Since talking to her friends about what happened, she adds, “I’m surprised at how many of them have gone through the same thing. It’s a lot more common than I thought.”

Because she caught it early, Lauren was able to treat her chlamydia quickly with one course of antibiotics. She said she knows getting an STD isn’t a punishment for having unprotected sex, but if you are having sex, getting tested is the best way to take care of yourself.

“I’m so glad that I didn’t wait to be tested, because the real problem is when STDs aren’t treated,” Lauren says.

Lauren’s experience is increasingly common among young adults. In fact, one in two sexually active people will get an STD by age 25, according to the Centers for Disease Control and Prevention (CDC). Yet a recent study shows that fewer than 12 percent said they were tested in the past year.

To spread the message about the importance of STD testing, the American Sexual Health Association (ASHA) has launched a stigma-shattering initiative — “YES Means TEST(TM)” — to educate and empower young adults who say “YES” to sexual activity also to say “YES” to getting tested for STDs.

“At ASHA, we understand there are plenty of reasons young people aren’t getting tested,” says Lynn Barclay, president and CEO of ASHA. “They’re often in denial about the risk of STDs, aren’t educated about their harmful effects or for some reason are too embarrassed to discuss them. We’ve got to reverse that stigma so people, especially young women, feel empowered to take ownership of their sexual health.”

“YES Means TEST” launched with a video featuring comedian/actress Whitney Cummings, a creator of the hit TV show, “2 Broke Girls.” The video is aimed at normalizing STD testing so young people will view it as a natural part of their health routine. The video reveals surprising statistics about the impact of STDs and asks young people why their generation isn’t more comfortable talking about STDs and getting tested. All “YES Means TEST” activities direct people to www.YESmeansTEST.org, where they can locate nearby clinics to receive STD screenings.

Why testing matters now more than ever

People may not know they have an STD because many do not have symptoms, and they can cause serious health consequences if they are not detected and treated appropriately. For example, chlamydia left untreated can put a woman at risk for pelvic inflammatory disease, a condition that can lead to infertility. “YES Means TEST” was designed primarily to reach sexually active women ages 18-24. The CDC recommends annual chlamydia and gonorrhea screenings for this demographic.

STD testing can be confidential and free or low-cost, and common STDs, such as chlamydia or gonorrhea, are usually effectively treated with antibiotics. For more information about STDs, “YES Means TEST” or how and where to get tested, visit www.YESmeansTEST.org. Join the conversation online with #YESmeansTEST. 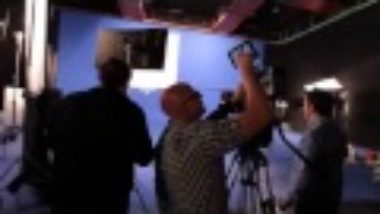 Simple ideas to get in shape for summer