Have COPD? Are you at increased risk for respiratory compromise?

(BPT) – Chronic obstructive pulmonary disease (COPD) is the third leading cause of death in the United States. What many people don’t know is that COPD is a risk factor for a potentially deadly condition called respiratory compromise which can occur during hospitalization.

While relatively unknown, respiratory compromise can cause a patient’s breathing to deteriorate, leading to respiratory failure and death. In addition to causing a downward decline into respiratory failure, respiratory compromise is the second leading avoidable patient safety issue and is as common as cardiac complications following noncardiac surgery. This condition can be caused by a number of factors, including pre-existing diseases and conditions such as COPD, or receiving opioid painkillers or sedatives for a procedure.

Although respiratory compromise is a serious health concern, it is often preventable. By using patient monitoring technologies and appropriate therapies to continuously assess a patient’s respiratory status, healthcare professionals can help detect and treat patients earlier, which may help prevent further decline.

This past November marked National COPD Awareness Month, an annual observance aimed at elevating patient and physician recognition of COPD. The National Cancer Institute, the National Heart, Lung, and Blood Institute, and the American Association for Respiratory Care are among the many organizations working to raise awareness about COPD.

* Spirometry is a test of how well you can breathe and can help in the diagnosis of different lung diseases such as chronic obstructive pulmonary disease (COPD).

The test requires taking in a very deep breath and blowing out as fast as possible into a small device called a spirometer.

Watch the video to learn how to take a test (this video was filmed at the 2009 European Respiratory Society annual congress in Vienna, Austria, courtesy of x-audio/soundbakery).

Get your lungs tested for free on World Spirometry Day in 2014 as part of Healthy Lungs for Life: www.healthylungsforlife.org

Spirometry: how to take a lung function test 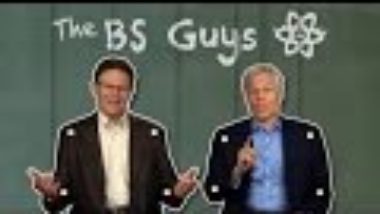 Ever wonder who participates in medical studies? People like you

You deserve a WOC nurse [Video]