(BPT) – How much do you know about diabetes? Would it surprise you to know that one in 11 Americans has the disease, or that diabetes is one of the leading causes of death in the United States, resulting in more fatalities than AIDS and breast cancer combined?

Every 23 seconds someone new is diagnosed with diabetes, and each diagnosis presents its own unique challenge. Every person living with diabetes has a different story, and for Julie H., diabetes presented a challenge to fulfilling her biggest dream — to become a mom.

Julie H. was diagnosed with type 1 diabetes when she was a junior in college. “I felt like I had my whole life ahead of me, and then, all of a sudden, I didn’t anymore,” she recalls. “I went through the stages of grief and denial, and it was very hard.”

The situation was made harder by mounting fears that her boyfriend at the time, Steve, would break up with her upon learning of her diagnosis. “Why would anyone want to be saddled with what I’m saddled with?” she wondered.

But Steve didn’t leave; he stayed by her side. And, as they made the transition from boyfriend and girlfriend to husband and wife, Steve supported Julie along each step of her diabetes journey.

As they grew in their relationship, other young couples around them began to have children. Julie and Steve desperately wanted to start a family, but each of Julie’s physicians — her primary care physician, her OBGYN, and her endocrinologist — advised against it due to her struggles in maintaining steady blood glucose control.

“I was told that pregnancy would be too hard on my body and harmful for my future child,” Julie remembers. This was a sentiment about life with type 1 diabetes that Hollywood had led her to believe, and many doctors confirmed. “They were always warning me, and rarely offered hope or helpful solutions.”

But Julie didn’t give up hope. She discovered resources from the American Diabetes Association and began connecting with the diabetes community online. “I think that when you are diagnosed with diabetes, the most important thing you can do is talk to other people who are living with it. We need to share our triumphs and failures to help one another,” she says. Through these online communities, Julie found one blogger who also had type 1 diabetes — a woman who, in fact, had a successful pregnancy and delivery of her own.

Her story gave Julie and Steve hope. “For the first time ever, I thought, maybe we can do this. Maybe this is possible,” she recalls.

The pair continued searching for a doctor who could help them start a family. It wasn’t easy, but after three cities, eight years and scores of doctors, they finally found one who told them, “We can do this.” Julie remembers that once this doctor believed she could have a healthy pregnancy, she began to believe it herself.

In October 2012, 10 years after Julie and Steve first tried to start a family, they finally welcomed a healthy baby girl into their lives. “It was a total feeling of empowerment,” Julie says. “We had done something so big, something that I didn’t think was possible, and something that we waited so long for.”

Today, four years later, the family is living in their native Pittsburgh. And while everyone is healthy and happy, Julie is aware her daughter faces an increased risk of developing diabetes because of her genetic history — Julie’s father passed away due to complications of type 2 diabetes, which also runs in their family. Julie started working with the American Diabetes Association to advocate for improvements in care for people with diabetes — and to honor her father, her daughter and herself. She remains hopeful a cure will be found.

“Diabetes is a part of our family’s life, and my daughter is fully aware that I sometimes have challenges related to it. She often asks me if I’ll be around to love her forever. But I just want to be there to see her grow up and be able to have a healthy child of her own. I think, when you become a parent, it’s not about your life anymore. It’s about her life.”

* A new mum who almost gave up hope of having a baby after suffering from three miscarriages has welcomed news that the largest research centre into the cause of early miscarriage will be in Coventry.

Doctors, researchers and their teams from University Hospitals Coventry and Warwickshire NHS Trust and the University of Warwick have been selected to be partners in The National Early Miscarriage Centre funded by the leading pregnancy charity, Tommy’s. It will be the largest of its kind in Europe.

The National Early Miscarriage Centre will help patients like new Mums Nicola from Nuneaton who suffered the heartbreak of losing three pregnancies in just 18 months before Professor Siobhan Quenby and her team based at University Hospital, Coventry were able to give her hope. Nicola took part in a ground breaking research trial to test a new medication which could help her to have a healthy pregnancy.

Nine months later, in June 2015 Nicola and her husband Ryan welcomed baby Isabella to the world.

It is hoped that thousands more women, just like Nicola who suffer from early miscarriage, will benefit from the world class research taking place in Coventry including new trials like scratching the lining of a women’s womb to help improve the chances of embryos implanting and a trial of a diabetes drug which is hoped can help women who have had five or more miscarriages.

There are approximately 250,000 miscarriages every year, with about one in three women experiencing recurrent miscarriages.

Nicola said: “We started to think that we were never going to have a family, but the trial gave us hope and we decided to give it one last go. I’m so glad we did, and without Professor Quenby and the fantastic midwives, chances are I wouldn’t be a mum. I can’t thank them enough for everything they did for us and hope that more women who think there is no hope, give it one last try and take advantage of this fantastic team right here on our door step in Coventry.”

Jane Brewin, CEO of Tommy’s said, “Medical science doesn’t fully understand miscarriage which is why funding and research is so critical. Through pioneering medical research, Tommy’s clinicians will save babies’ lives by turning their discoveries into screening tests and treatments and launch clinics for pregnant women who are most at risk, giving them the latest improvements in care. They’ll share their work in national clinical guidelines, preventing miscarriages and developing better care across the country. Through the National Early Miscarriage Centre we’ll raise the profile of early miscarriage research, and encourage other organisations to invest and help break the silence around miscarriage. To help make it a priority for the government, the team will highlight the economic cost for the NHS. They’ll also grow and lead a network of specialists, and work closely with other Tommy’s centres and researchers across the UK and internationally.”

The research centre which will open on 1 April 2016 will have three sites at University Hospital in Coventry, University of Birmingham and Imperial College, London. 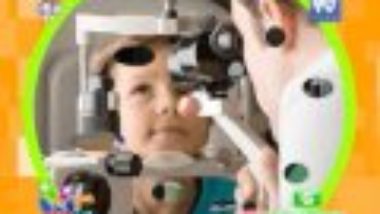 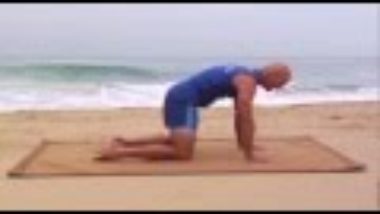