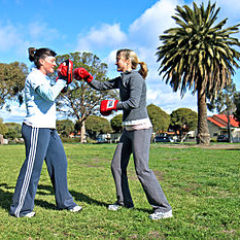 You may improve your health and have a physically fit body by getting into boxing training fitness programs. This is the best way for you to have a stronger body and gain confidence. Boxing workouts can help you to be at your best fighting form as well. Many people see positive results from boxing trainings. […]

A study released last week made fewer headlines than I hoped it would. Conducted by University College London, it concluded that discrimination against overweight and obese people, or fat shaming as its often referred to, leads to weight gain, not weight loss. The lead researcher stated, and I agree, that there is no justification for […]