When it comes to our bodies, it’s a huge understatement to simply say that we’re walking miracles. If you think about how we function, and are able to be in a constant state of repair as we walk around doing whatever it is that we do, it’s just an incredible thought.

Our bodies have to be in this constant state of repair for the simple fact that at all times there are substances entering our bodies that not only conflict our immune system, but also cause damage to the very cells that make up our bodies in the first place.

To battle all of this damage, our bodies need a strong healthy immune system, as well as optimum health at the cellular level. Those damaging substances which enter our body such as toxins from the air, as well as the pesticides in our food  cause a process of oxidation, or breaking down of our cells, through a chain reaction of chemicals the combine to form free radicals in our bloodstream.

Fighting these free radicals with antioxidants is vitally important to us in order to stop this process and keep us sustaining health and vitality.

Agel, the company who is on a mission to bring health back to as many people, in as many communities as possible, has developed an extremely effective and easy to use combination of antioxidants in an amazing product called Agel EXO.

Here’s a bit of the beauty of EXO. First of all, it doesn’t come in the normal form that you would find in a nutritional supplement. It’s not a pill, it’s not a powder, nor is it a juice. In fact, it’s a gel. Agel EXO comes in a form proprietary to Agel which is called gelaceuticals. What this means is that you get a blend of some of the highest powered and effective sources of antioxidants  14 to be exact  in a great tasting single serving pack making it as simple as 1-2-3 to take on the go.

So where do these nutrients come from?

In nearly every single culture on nearly every corner of the planet, there are naturally occurring plants that happen to have an extremely high concentration of antioxidants, which if taken alone are extremely helpful  but just imagine if you could go from place to place, region to region, hand picking these fruits and plants to have in one beautifully blended product. That’s just what Agel has done, and so you have EXO which contains ingredients such as Acai, which is an Amazon fruit considered to be one of the most nutritional products that you can get your hands on in the world.

Acai is loaded with the B vitamins 1,2, and 3, as well as a high concentration of natures antioxidants vitamins E and C. It is an amazing fruit that is new to the health world as we know it, but has been around for centuries keeping humans in optimal health.

That’s only one of the 14 amazing ingredients in Agel EXO.

The product also contains Bilberry, which is basically Europe’s version of the North American blueberry with many of the same benefits of this dark skinned beauty.

Another ingredient, Aronia, has a huge concentration of highly potent antioxidants in the form of anthocyanins and flavonoids. Pomegranates, which have gained huge popularity in the last few years, are also in the product, as well as the other popular nutrients Aloe Vera, Noni, and Para Guava.

A perhaps lesser known ingredient in the innovative gel blend, which contains amazing levels of the anti-oxidant vitamin C, is Acerola.

In a nutshell, Agel has done something quite amazing by putting some of the most effective and nutrient ingredients all together in one amazing product which is made to be efficient for the body to absorb very quickly and efficiently, as well as making it easier on the person with the busy life (which these days is everyone) by putting the product in small gel packs that you can simply squeeze into your mouth in a moments notice on the run.

It doesn’t get much easier than this, because with Agel EXO, it seems the company has thought of just about everything here.

Ebola vaccine trial results 100% successful in Guinea – video The 100% success rate of a vaccination trial against Ebola in Guinea is very promising, says the World Heatlh Organisation. Speaking in Geneva, Dr Marie-Paule Kieny says the organisation hopes to bring Ebola transmission to zero in the country. Despite the positive results so far Kieney warns that the analysis …

Hillary Clinton health excellent, doctor says Health issues resulting from a 2012 heatlh scare are resolved and Hillary Clinton is physically fit to serve as president, according to her personal physician.
According to Dr. Lisa Bardack, her physician, Clinton, is in good health, currently diagnosed with only hypothyroidism and seasonal pollen allergies. The letter is the first … 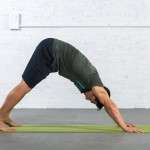 How To Make Better Food Choices