There couldn’t be a better word to describe Michael Moore’s latest film “Sicko”. Traveling through the health care world in the United States brings on a new era of realization of how “Sickening” the health insurance industry of America really is.

Another example from Sicko is of a child who was taken to the nearest hospital, after her high fever of 104 would not come down. When she and her mother got to the hospital, they were informed that their HMO, Kaiser Permanente, would not cover the little girls health treatment costs, and that she has to be taken to a hospital that is affiliated with their HMO Kaiser Permanente. After arguing and desperately pleading with the hospital to treat the child there, and not transfer her to a different hospital, by the time the little girl did arrive to the HMO’s affiliated hospital, the little girl Mychelle, was pronounced “expired.”

In Canada, they can give their thanks to Tommy Douglas, who implemented the universal health care system, known as the Universal Medicare Legislation created in 1961.

In England, they have the NHS – National Health Service, which provides the majority of healthcare in England, from general practitioners to hospitals, long-term healthcare, dentistry and ophthalmology . Founded in 1948 it has become an integral part of British society, culture and everyday life.

In France, they have a system which offers unlimited sick days, vacation time starting at 4 weeks, and to top it off, free nurse and nanny care for new mothers. France was also given the title of “best health system in the world” by the World Health Organization (WHO) in June 2000.

Why is it that countries like Canada, England and France are able to offer their citizens free health care, and be so generous and kind, and then on the other side, the American system being so cruel and cold-hearted?

Sicko, explores the tragic and failing health care system in the United States of America, and can be viewed nationwide hitting the box offices on June 29th, 2007.

OBESITY in United States of America Source: https://www.marinahospital.com/infographics/obesity INFOGRAPHICS DETAILS: Overweight and obesity are found worldwide, and the prevalence of these conditions in the United States ranks high along with other developed nations. Approximately 280,000 adult deaths in the United States each year are attributable to obesity. More than half of U.S. adults are overweight : …

Boko Haram: Nigeria berates US over ‘no weapon deal’ Nigeria’s ambassador to the United States of America, Prof. Ade Adefuye has chided the United States of America for refusing to sell weapons to Nigeria to effectively contain the Islamic insurgency in Northern Nigeria. He said the war against the insurgency would have been won long ago, had the US …

Norway’s Island Prison For Violent Criminals Looks Like No Prison We’ve Ever Seen About a mile off the coast of Norway, in the Outer Oslofjord, is an island that’s home to 115 criminals, including convicted murderers, rapists, and drug dealers.
Yet no barbed-wire-topped walls or electrified fences circle the island, nor do armed guards and attack dogs patrol the grounds. By all accounts, the … 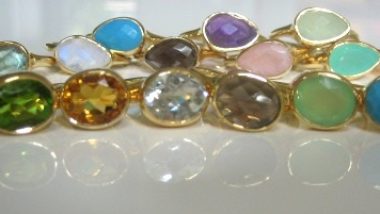 Lung disease case finding in pharmacies could save £264 million