Living close to a major road may increase women’s risk of dying from sudden cardiac death, according to new research in the American Heart Association journal Circulation.

“It’s important for healthcare providers to recognize that environmental exposures may be under-appreciated risk factors for diseases such as sudden cardiac death and fatal coronary heart disease,” said Jaime E. Hart, Sc.D., study lead author and an instructor in medicine at Brigham and Women’s Hospital and Harvard Medical School in Boston, Massachusetts. “On a population level, living near a major roadway was as important a risk factor as smoking, diet or obesity.”

While researchers previously found a modest increase in coronary heart disease risk among people who live near major roadways, the new study may be the first to examine the impact of roadway proximity to the risk of sudden cardiac death. Researchers note that roadway proximity could be a marker for exposure to air pollution.

The researchers studied data from 107,130 women (predominately white, average age 60) who were part of the Nurses’ Health Study from 1986-2012. Calculating residential distance to roadways and after adjusting for a large number of other factors including age, race, calendar time, cigarette smoking, physical activity, and diet, researchers found:

Researchers weren’t able to measure all possible risk factors associated with living near a major road. They also said more research is needed among men and among women of different ages, races and income levels because nearly all participants were middle-age to elderly, white and of middle- to upper-socioeconomic class.

The Environmental Protection Agency estimated that 35 million people in the United States lived within 300 meters (984 feet) of a major road in 2009, and a growing number lived in close proximity to major roads worldwide.

“Regardless of where you live, adopting heart-healthy habits, such as maintaining a healthy weight, being physically active, eating nutritious foods, quitting smoking, and managing stress, can help decrease your risk of heart and blood vessel disease,” said Hart, who is also an instructor at the Harvard School of Public Health.

“Our next step is to try to determine what specific exposures, such as air pollution, are driving the association between heart disease and major roadway proximity.”

The above story is based on here.
Diet And Weight Loss News — Sciencedaily
— Courtesy “Science News Daily” (ScienceNewsDaily.com)

Gennady Golovkin holds his media workout ahead of his fight with Marco Antonio Rubio as he shadow boxes, hits the mitts and more with trainer Abel Sanchez. For more Boxing and MMA videos… 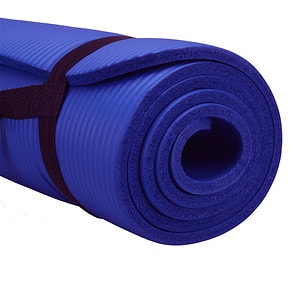 The Best Workouts For Overweight Women